Lazy Sunday is here, and for this round we're releasing one new poses set: The Widow #1. This set is discounted only today, Sunday 22th, at the poses and props store. All poses have mirrors. 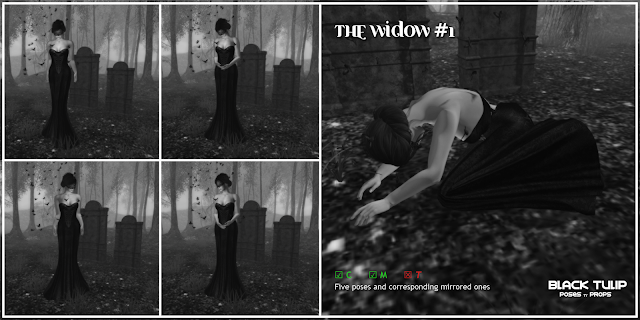 First released for Genre as copy/no transfer, the medieval table and candlestick reach the main store now as full permissions items. The set has been divided in two individual items: the table (with the cups as a bonus) and the candlestick. All baked and material textures are included. The set is released for Sixty Linden Weekends: Promotional price is valid until Monday. 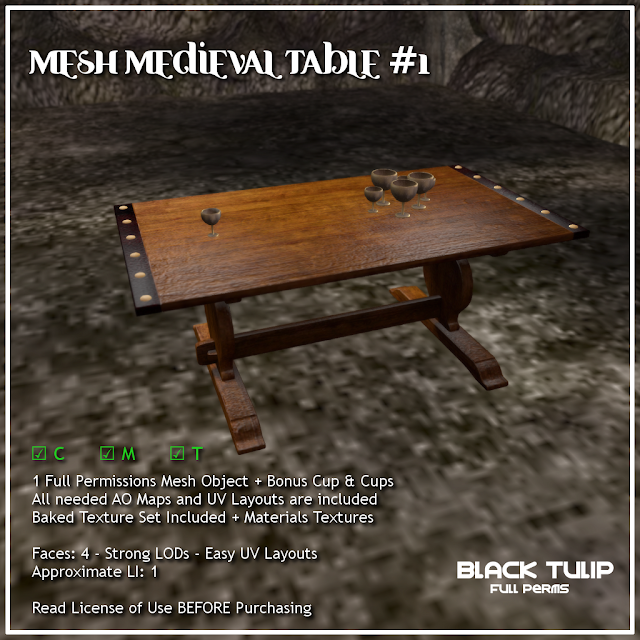 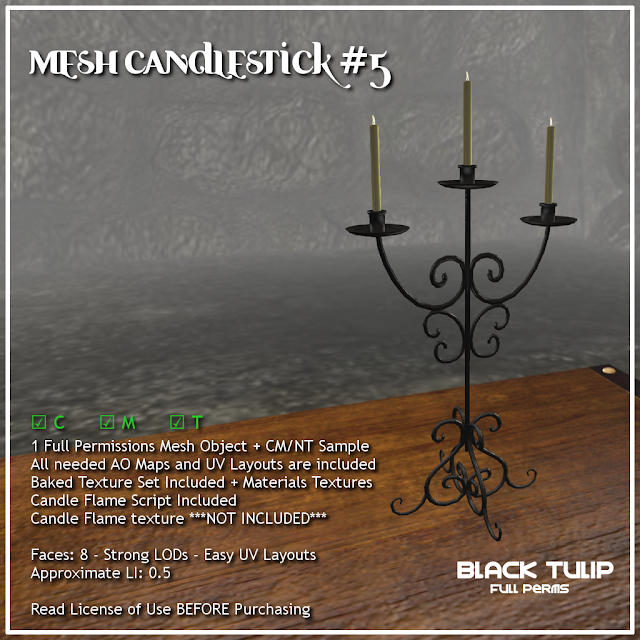 A new round of Enchantment opens now, inspired in the Thumblelina story. We're releasing one set of poses and one garden gazebo. We're also participating in the hunt (at our poses and props store). Click here for your taxi. 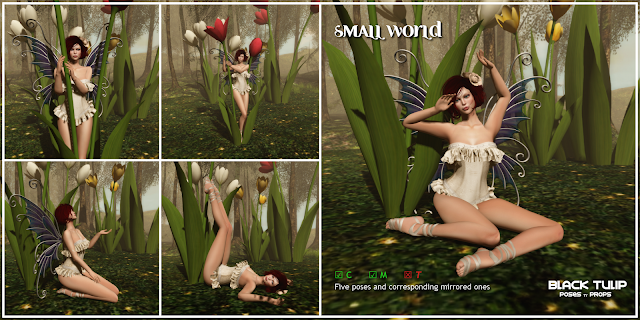 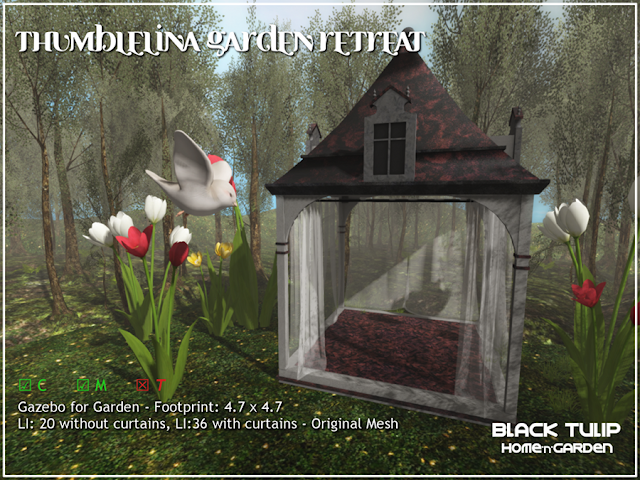 Hunt gift at the Poses'n'Props store 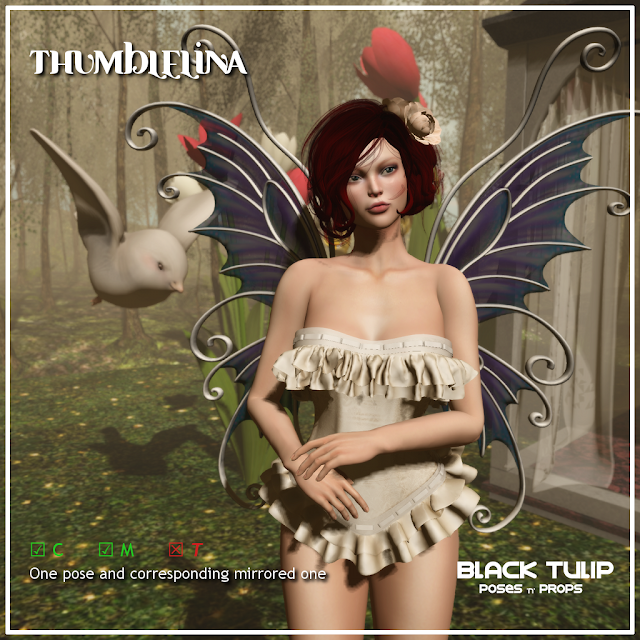 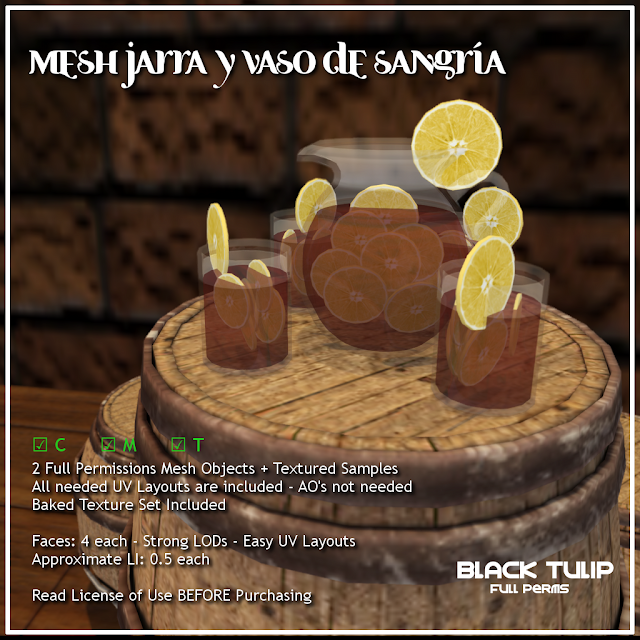 It was a while that we released a set of Spanish food at The Multicultural Menu event as copy/no transfer items. This weekend we're releasing the complete tortilla de patata con ajoaceite set as full permissions mesh with all the baked textures included. The set includes a plate with tortilla de patata, this same plate together with a cazuelita con ajoaceite and some bread as one object, and then the separate cazuelita and bread each one as a separate object, and as one object together. The five pieces in this set have LI less than one each, and have been released as one set for Super Sales Weekend. Promotional price is valid until Monday. We also have a new group gift: The magician hat and wand that were released as props for Oneword are now available as full permissions mesh with all the textures for our group members. Enjoy! 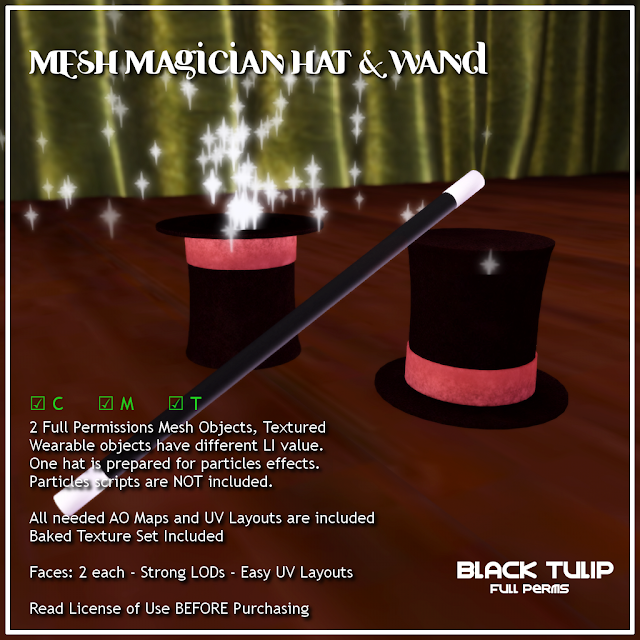