There are five new releases this weekend at the main store. Five creator tools including two scripts, one book and two sets of poses. They all are intended to be supplies for creators, to get ready their products for Halloween. 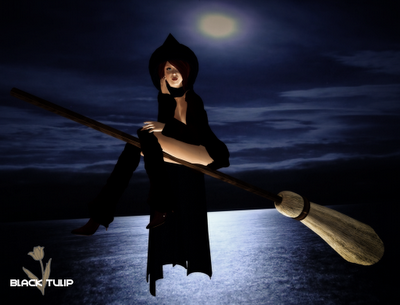 Let's begin with the "big brother" of the hunt prize I made for "Build a Nightmare". That script worked only on one prim, and I thought it would be a good idea to make a linked version, which allows to minimize lag. Not only that: if you read the documentation, you will also find out how to decrease the LI of your items built to be used with this script. 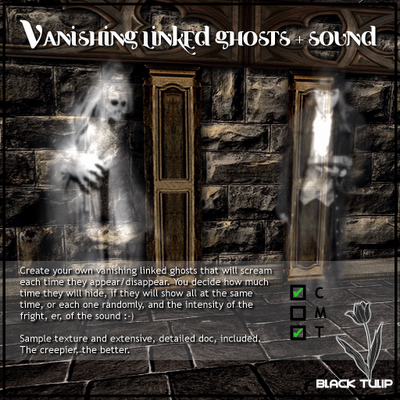 The following book is a reviewed version from a class I made two years ago. It also includes helper tools that the class didn't have, like the 1-LI background and pose stand with bonus pose. 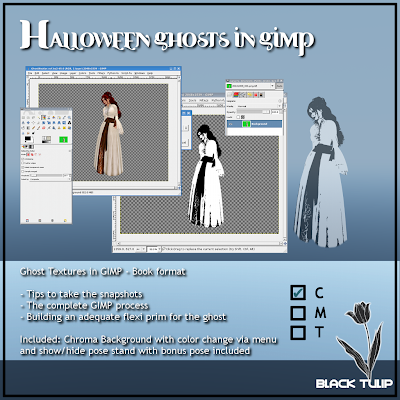 And finally, a script to help creating flying brooms, by covering the Animation Override part, and two packs of poses to be used with it: 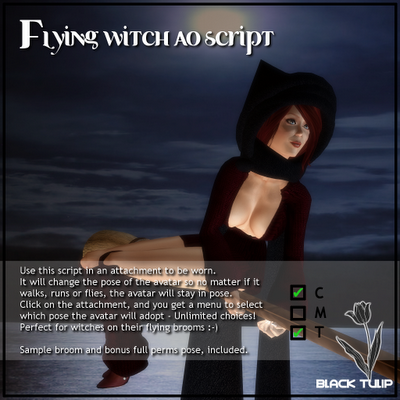 If you click on your attachment when it is attached (owner only), the AO script will also show you a menu that will allow to select one from all the poses/animations that the object may contain. 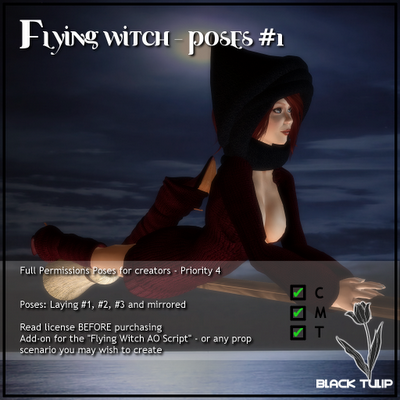 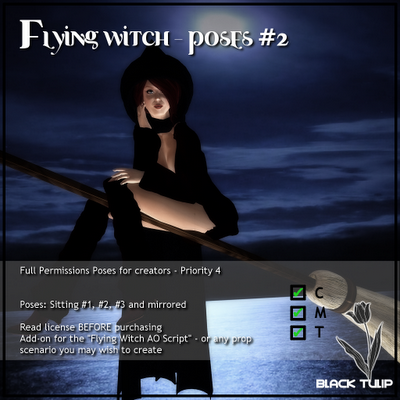 And everything released at 60 L$ during the weekend!

Don't miss this deal before prices raise to the final ones on Monday.

There it is a new tool added this week. Released under 60 L$ weekends, this little jewel will allow you to send messages, notecards, landmarks and others, to a list of people of your preference (say students, say clients, say your close friends). It's a HUD, so you can use it wherever you are. 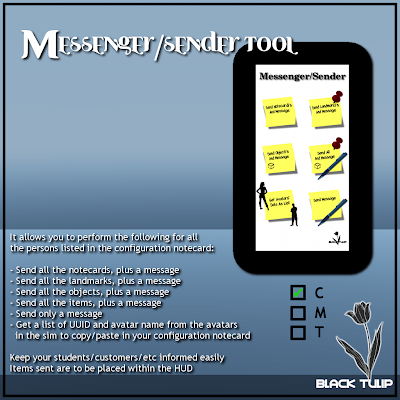